Vertex is more than just a climbing gym. Whether you’re a seasoned climber, a yoga devotee, or a workout newbie, Vertex trainers are ready to help you maximize your fitness potential through proper training, nutrition, and recovery. By providing both functional strength and climbing specific training modalities our members are given the tools to reach their peak.  Contact us now to schedule a free training assessment or sign up for training below.

Small group training is a stellar way to get personalized attention in a supportive setting of like-minded athletes. Working out with others has also been shown to boost accountability, enjoyability, and even to make you push harder as you become motivated by the shared experience. It is also a great way to get specialized training for a fraction of the cost of private instruction. Sign up with a friend or join one of our current groups.
Requires gym membership and a three month commitment. Small groups consist of 2-5 clients per session.

One-on-one training is also available and is often a great way to start a training regimen and to gain confidence in this new environment. 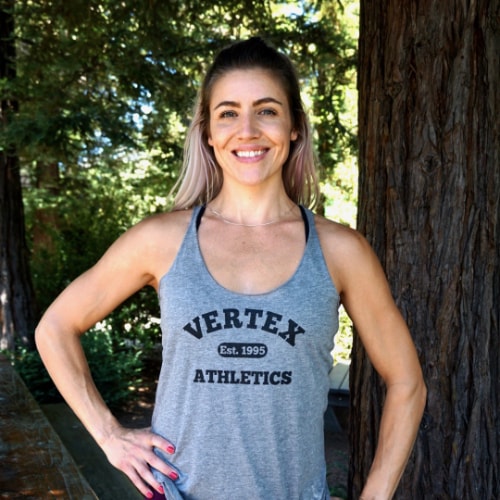 Amber has been climbing since 2006 and training since 2010. She was originally inspired by none other than Vertex owner Gorden Cooley to get her personal training certification. Her approach to strength and conditioning starts with the belief that fitness should be fun and that if you love what you’re doing, you’re more likely to stick with it.

In January of 2017, Amber took on the position of Ahtletics Director for the gym, and that same month was voted Best Personal Trainer in Sonoma County by readers of the North Bay Bohemian. She has maintained that Sonoma County Best title for three years running! 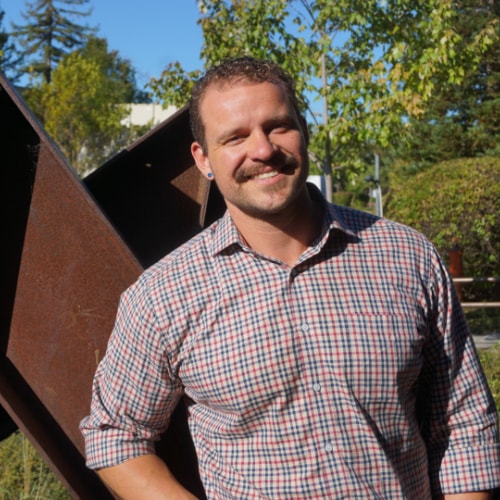 Gorden found climbing in 2005 and has been psyched ever since. A former student athlete, climbing imparted a means to stay fit while participating in a sport that he loves. For Gorden climbing is more than a hobby. It gives him focus in training, recreation and life.

Earning a Bachelor’s Degree in kinesiology, Gorden has had the pleasure to train some phenomenally strong climbers, and to see first hand what makes them tick. He is a certified strength and conditioning coach, and holds a bachelor’s degree in kinesiology from Sonoma State University. He began his career in fitness as a personal trainer in local Santa Rosa gyms. This eventually led to establishing the training department at Vertex. Developing his strength and conditioning system in both climbing and traditional gyms has given him a unique understanding of climbing specific athletic development.

As owner of Vertex he is dedicated to providing a welcoming space and a rich variety of programs for everyone to reach their full athletic potential. 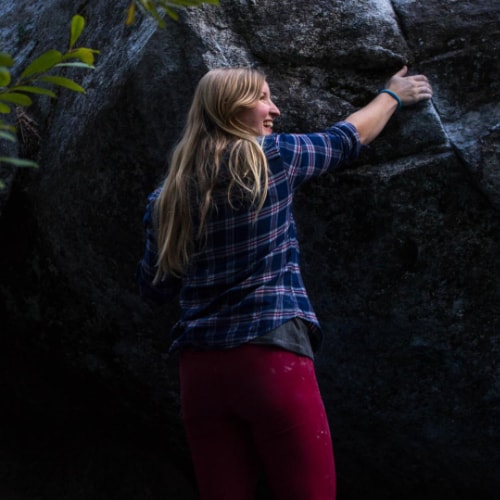 Tiffani started working at Vertex in 2007 at the age of 15. She is passionate about health and fitness and enjoys helping people reach their fitness goals, whether it be through strength training, improving their climbing skills, or honing their overall fitness. She has a B.S in Chemistry from the University of California Santa Cruz, and a personal training certification from NASM.

Tiffani uses every opportunity to get outside and climb. Her other hobbies include hiking/backpacking, camping, spending time with her dogs, and reading about nutrition. 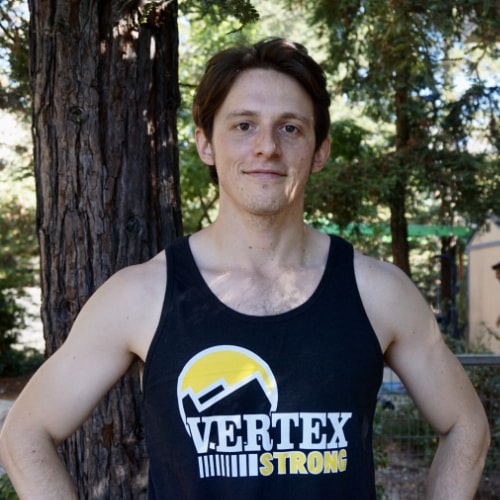 Gabe Sanders was born and raised in Sonoma County. He played soccer for more than ten years and embarked on the long and winding road of strength and conditioning in his late teens. During his time at the SRJC and UC Davis, he began experimenting with cycling and metabolic conditioning. At age 26 he received his first certification in CrossFit and at 27 discovered Strong First kettlebell training. By April of 2018 her was certified as a Level II SFG instructor, coaching classes up to and throughout gratuate school.

In May of 2019, Gabe Returned to Santa Rosa after two years earning his Master’s degree in Public Administration from the Middlebury Institute of International Studies in Monterey, California. By day, he works in politics and the wine industry. Mornings and evenings you can often find him at Vertex trying to send it or looking for creative ways to make you stronger.

He balances his enthusiasm for brussels sprouts with regular batches of paleo chocolate chip cookies. Ask him for his recipes and he’ll be happy to share – once you’ve done your kettlebell swings.